" /> If you have a problem figuring out whether you're for me or Trump, then you ain't black. - Joe Biden 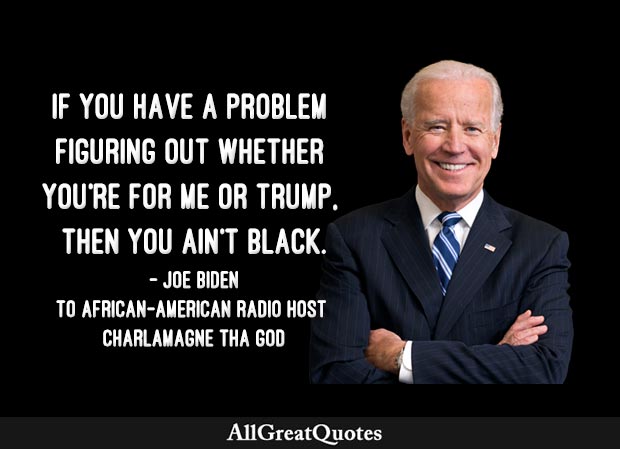 If you have a problem figuring out whether you’re for me or Trump, then you ain’t black.

To African-American radio host Charlamagne Tha God. His remarks were criticized for being offensive, demeaning and dumb. He later admitted he shouldn’t have been such a wise guy.