For some of the Trump kids, lying was a way of life, and for Fred’s oldest son [Fred Jr.], lying was defensive – not simply a way to circumvent his father’s disapproval or to avoid punishment, as it was for the others, but a way to survive. For Donald, lying was primarily a mode of self-aggrandizement meant to convince other people he was better than he actually was.

Too Much and Never Enough: How My Family Created the World’s Most Dangerous Man.

Today, society does not talk about hell. It’s as if it did not exist, but it does. There is eternal punishment for those who sin and do not repent.

The pleasing punishment that women bear.

Fines are preferable to imprisonment and other types of punishment because they are more efficient. With a fine, the punishment to offenders is also revenue to the State. 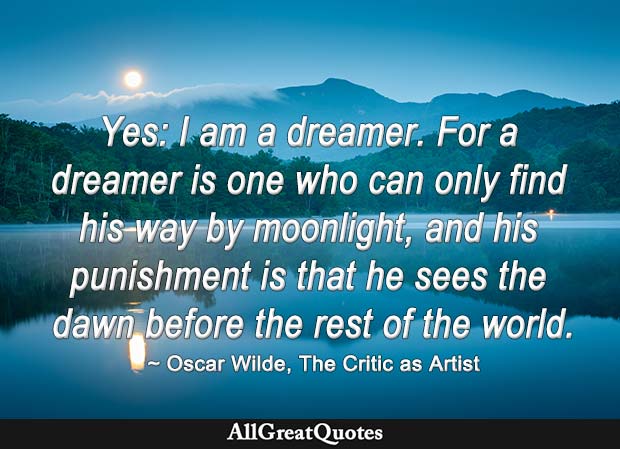 Yes: I am a dreamer. For a dreamer is one who can only find his way by moonlight, and his punishment is that he sees the dawn before the rest of the world.

The Critic as Artist

Going to the opera, like getting drunk, is a sin that carries its own punishment with it.

The long and distressing controversy over capital punishment is very unfair to anyone meditating murder.

And then ESPN fired me. I did not think that was a fitting punishment.

Lying to a committee is a very grave abuse, and there ought to be a clear punishment.

To be misunderstood can be the writer’s punishment for having disturbed the reader’s peace. The greater the disturbance, the greater the possibility of misunderstanding.

Punishment can do a lot for criminals, and send a message to the rest of society.

There are a lot of messages that need to be sent to the criminal who is out there dealing in this on the streets of the United States. We need to send the message of swiftness and certain punishment.

And capital punishment, however ineffective it may be and through whatever ignorance it may be resorted to, is a strictly defensive act, – at least in theory.

The message has to be sent that if you commit a crime there has to be punishment.

I think people might say I’m a bit of a sucker for punishment.

But he was pierced for our transgressions, he was crushed for our iniquities; the punishment that brought us peace was on him, and by his wounds we are healed.

But this is not to say that the society which inflicts capital punishment commits murder.

To the extent that human spirits are made gentle by the social state, sensibility increases; as it increases, the severity of punishment must diminish if one wishes to maintain a constant relation between object and feeling.

But I knew if I ran I’d never be able to sing, so I had to take my punishment.

Punishment cannot heal spirits, can only break them.

All emphasis in American prisons is on punishment, retribution, and disparagement, and almost none is on rehabilitation.

A person who has been punished is not less inclined to behave in a given way; at best, he learns how to avoid punishment.

I’ve never been a believer in the physical punishment of children. I don’t think it is necessary.

The liar’s punishment is not in the least that he is not believed, but that he cannot believe anyone else.

Punishment is lame, but it comes.