He is going to do things that nobody ever, would ever think even possible because he’s following the radical left agenda. Take away your guns, destroy your Second Amendment. No religion, no anything. Hurt the Bible. Hurt God. He’s against God. He’s against guns.”

Nonsensitical and absurd claims about Joe Biden, who is an avowed Catholic.

Where are you? Where is our leader at this time? At this time when our country is down on its knees, begging, pleading, hurt, angry, frustrated, in pain, begging and pleading with its arms out just wanting to be heard. 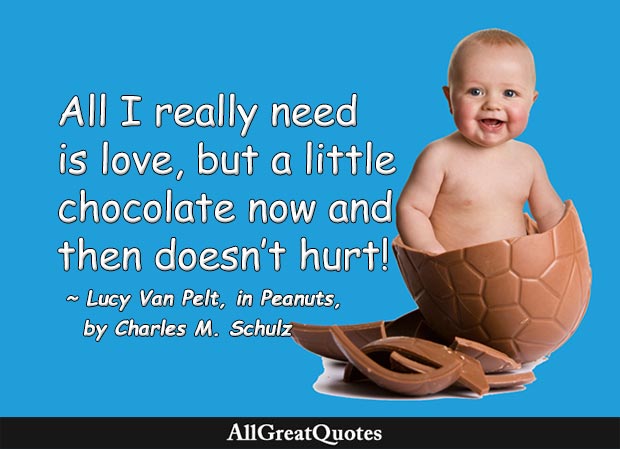 All I really need is love, but a little chocolate now and then doesn’t hurt!

To find gratitude and generosity when you could reasonably find hurt and resentment will surprise you. It will be so surprising because you will see so much of the opposite: people who have much more than others yet who react with anger when one advantage is lost or with resentment when an added gift is denied.

And it is this sense that some of us have to contribute to the culture, to the society in ways that may hurt financially, so what? We do it because we are born to do it, we feel we have no other choice and so be it.

There is some big thing about the world that produced all these people willing to kill themselves just to hurt us. On 9/11 we learned we’re part of that world, in the same completely crazy, drastic and arbitrary ways it hits other countries.

I have found the paradox that if I love until it hurts, then there is no hurt, but only more love.

I think what hurt me all along was the label of ‘war-time pitcher.’ I’ve always resented that.

Implants were something I thought I wanted when I was younger, and now I don’t. It was hard being active with them, because my chest was always sore. It hurt a lot, and I didn’t like always being in pain, so they had to go!

Anticompetitive practices hurt Chinese private firms nearly as much as foreign ones.

Tragedy, loss, and hurt often arrive unanticipated. How we react when we are surprised will tell our families whether what we have taught and testified lies deep in our hearts.

I’m loyal to a fault – even though I’ve been to hell and back with Vince McMahon, I would never to do anything to hurt him. But it’s also survival of the fittest out there.

There is something beautiful about all scars of whatever nature. A scar means the hurt is over, the wound is closed and healed, done with.

A great lie is like a great fish on dry land; it may fret and fling and make a frightful bother, but it cannot hurt you. You have only to keep still, and it will die of itself.

No one wants to lose, period. It should hurt, it should sting, and you don’t want to feel that feeling again.

Most Americans are more concerned about the economy and job creation. And they can’t understand why the Obama administration or the Democrat majority in Congress wants to pass a bill like the cap-and-trade tax that will cost us jobs, that will hurt our economy, that will drive up costs for families, as well as for small businesses.

I’m a martial artist, and I don’t train because I have a fight; I train because it’s my lifestyle, and I’ll train every day if I’m not hurt.

I know I don’t throw very hard anymore, but I’d like to think I can still hurt a guy who’s not looking.

That’s part of what always fascinated me about the Flash. Yes, he had superpowers, but he wasn’t superhuman. He was vulnerable. He could be hurt or killed. He’s not getting in a jet. He actually is the jet. So he had this gift, but with it came this risk. And I think that’s what makes the character relatable.

I am suspending my presidential campaign, because of the continued distractions, the continued hurt caused on me and my family, not because we are not fighters. Not because I’m not a fighter.

Those things that hurt, instruct.

Lies that do not hurt, which are different from lies that protect oneself or hurt another person. That is not my business. But the truth is mostly very boring, and you can help it along with lies. There is no harm in that.

We did ‘Jack & Bobby’ in the middle of the Kerry/Bush election. It hurt it a little bit. No matter what we did, everyone thought we were advocating for one person over the other. The stuff I work on is more about the people.

Volleyball is a Jewish sport. It’s fun, and nobody can get hurt.

Knowing what paint a painter uses or having an understanding of where he was in the history of where he came from doesn’t hurt your appreciation of the painting.

If we can find forgiveness in our hearts for those who have caused us hurt and injury, we will rise to a higher level of self-esteem and well-being.

I’ve done a lot of fight scenes, and I always find that it’s better that they be meticulously choreographed. You want them to look as real as possible, but you don’t want anyone to get hurt. So I believe in really working it out in rehearsal, and when you get to the set, just go for it 100 percent.