" /> We're askin' him real politely to come out sometimes, and tell us what he does in there - we said we wouldn't hurt him and we'd buy him an ice cream. - Harper Lee, To Kill a Mockingbird 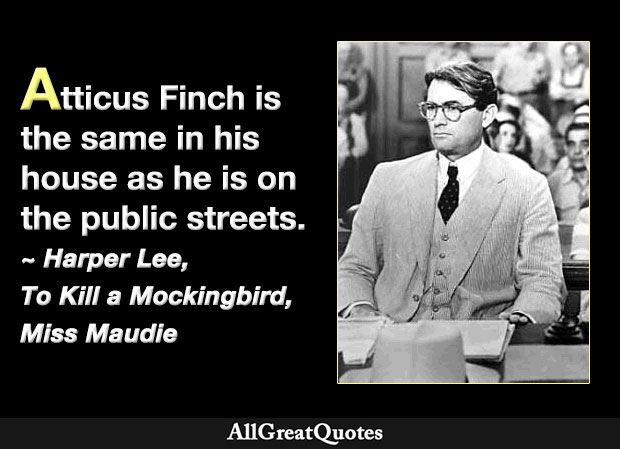 “Atticus Finch is the same in his house as he is on the public streets.”

To Kill a Mockingbird, Chapter 5. Atticus’s longtime friend Miss Maudie tells Scout that about one of the things she admires about her father. She is making the point that Atticus always acts the same way whether other people can see him or not. He is the same on the street as he is in the house. One of those constantly authentic people who has nothing to hide, there is nothing fake or two-faced about him, what you see is what you get. He stands out in stark contrast to some of the people in Maycomb who practice hypocrisy.