" /> Indians! There are no indians left but me - Sitting Bull 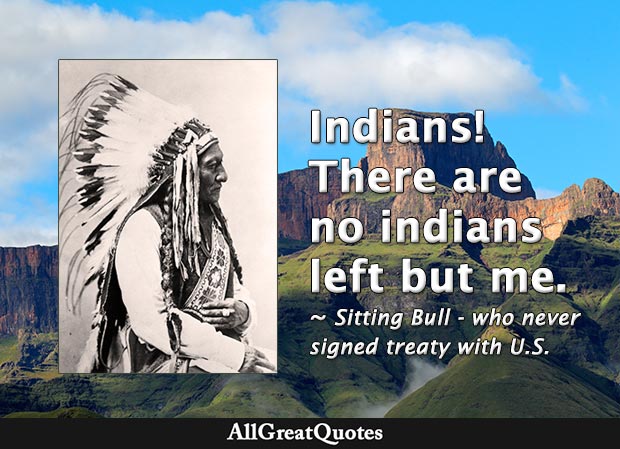 Indians! There are no indians left but me.

Roared to newspaperman who asked how Indians felt about giving up their lands, 1889. The Hunkpapa Lakota leader was fighting to stop Congress legislating a land-grab division of the Sioux reservation. While other Sioux and Hunkpapa leaders signed a treaty with the government, he refused to do so.