" />Racists tried to get elected president. He's the first one that has - Joe Biden 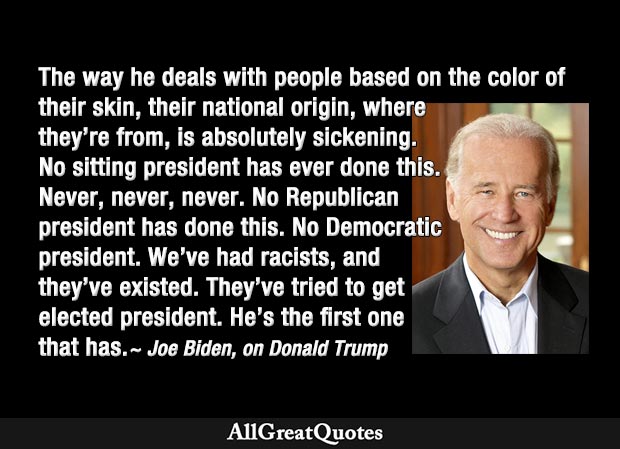 The way he deals with people based on the color of their skin, their national origin, where they’re from, is absolutely sickening. No sitting president has ever done this. Never, never, never. No Republican president has done this. No Democratic president. We’ve had racists, and they’ve existed. They’ve tried to get elected president. He’s the first one that has.