" /> He hadde maad ful many a mariage Of yonge wommen at his owene cost. - Geoffrey Chaucer, The Canterbury Tales 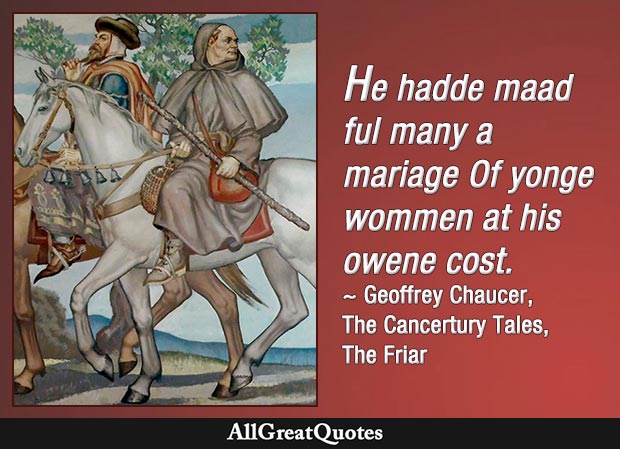 He hadde maad ful many a mariage
Of yonge wommen at his owene cost.

The Canterbury Tales, General Prologue. On first reading, it might appear that the Friar is a generous fellow, as this passage says that he has made many a marriage of young women at his own cost. But far from it! What is implied here that he arranges marriages for these young women because they are his mistresses and are pregnant, so breaking his vow of chastity. So much for the life of piety he is supposed to be leading!